A late night discussion once happened where we unearthed the names of my husband’s great aunt’s name, Rugnold.  No one dared name their daughter after her, but I knew I could at least name the right kind of piece after her-the name was just too good, too strong to pass by. I happened upon this Eastlake dresser when an elderly lady was getting rid of her mother-in-law’s furniture.  This dresser, so the story goes, was brought to the country when the family immigrated to the United States from the “old country” (I believe she told me Sweden). Old Rugnold, as I will refer this piece to, had been left out in the garage for many years, exposed to humidity and temperature changes which had greatly aged her wood. However, functionally, there wasn’t too much that needed fixing on her.  The top left glove box was a little more warped than the other parts, my husband was quick to get the box attached to the dresser and I sanded down the drawer until she slid with relative ease.  After looking up the dresser, I discovered, indeed, the story of the immigrating dresser was feasible, as the dating on production was between 1890-1900.  There was only a decade when the dovetailing on the dressers were built like this one, and thus, I was happy to imagine this dresser sailing her way across the atlantic in the early 1900’s. I decided to use Miss Mustard Seed’s Milkpaint to try and stick as closely with what would have been used in earlier times to paint dressers.  Since her lines are very sharp and strong, I decided using a similar vibe in color would make Rugnold a cohesive piece.  I took the hardware off and soaked them in vinegar, salt and water and polished them up a couple hours later with some baking soda, and oh, how they shine now! Enjoy the pictures I took along the way, this was a very fun piece to do, I wish I had room in my house to keep Rugnold all to myself. 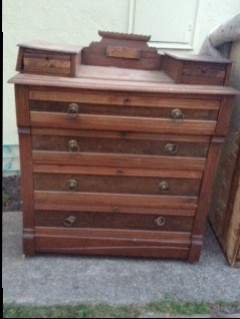 The “before” picture of the dresser 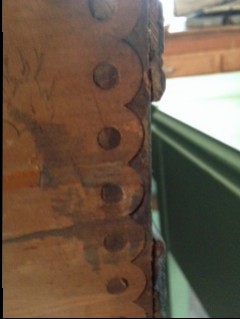 This is how I was able to date the dresser. Apparently, the peg and scalloped edges were only made on Eastlake dressers between 1890-1900. 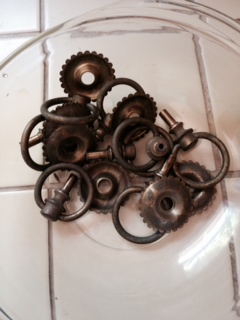 The hardware before their treatment and scrub down. 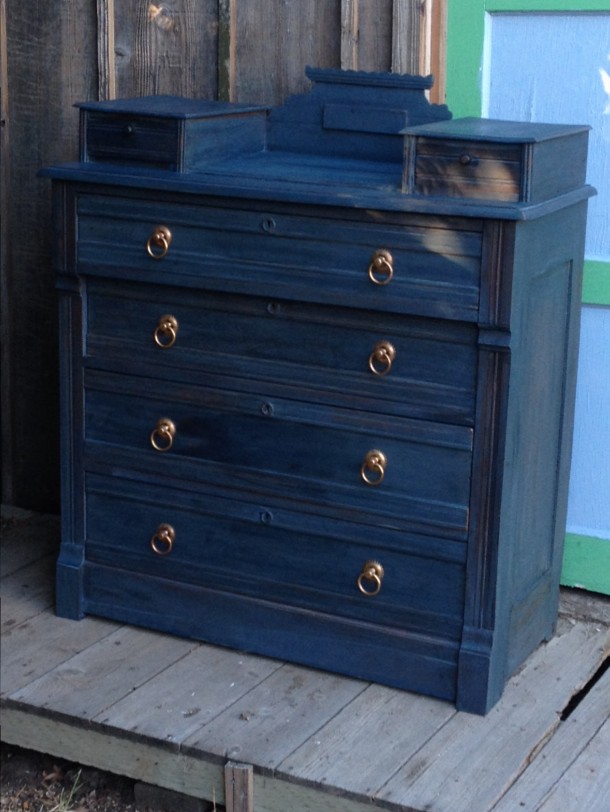 The end result-what a difference in the hardware! 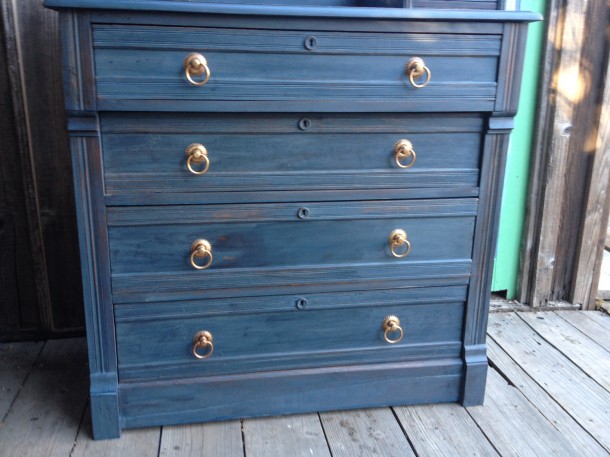